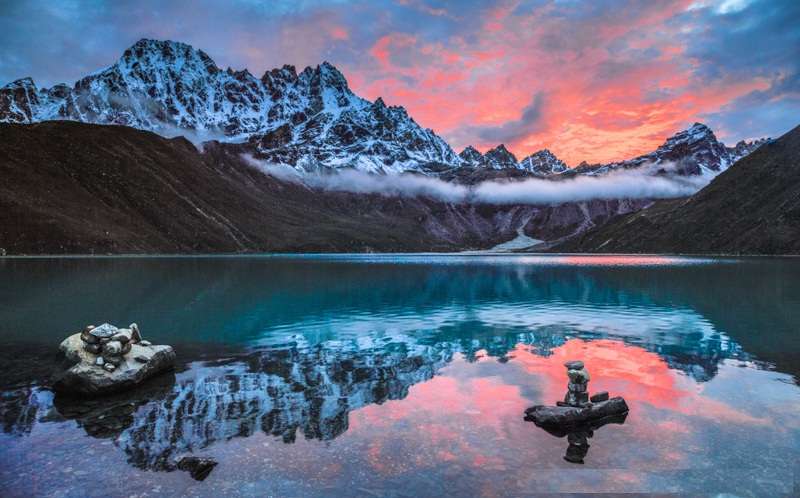 The Sagarmatha National Park is a protected area in the Himalayas of eastern Nepal that is dominated by Mount Everest. It encompasses an area of 1,148 km² in the Solukhumbu District and ranges in elevation from 2,845 to 8,848 m to at the summit of Mount Everest. In the north, it shares the international border with the Qomolangma National Nature Preserve of Tibet and extends to the Dudh Koshi River in the south. Adjacent to the east is the Makalu Barun National Park. Sagarmatha is a Nepali word derived from sagar meaning “sky” and māthā meaning “head”. The protected area has been identified as an Important Bird Area by Bird Life International and is included in the Sacred Himalayan Landscape.

Chitwan National Park is the first national park in Nepal. It was established in 1973 and granted the status of a World Heritage Site in 1984. It covers an area of 932 km² and is located in the subtropical Inner Terai lowlands of south-central Nepal in the districts of Nawalparasi, Parsa, Chitwan and Makwanpur. In altitude it ranges from about 100 m in the river valleys to 815 m in the Churia Hills. In the north and west of the protected area the Narayani-Rapti river system forms a natural boundary to human settlements. Adjacent to the east of Chitwan National Park is Parsa Wildlife Reserve, contiguous in the south is the Indian Tiger Reserve Valmiki National Park. The coherent protected area of 2,075 km² represents the Tiger Conservation Unit Chitwan-Parsa-Valmiki, which covers a 3,549 km² huge block of alluvial grasslands and subtropical moist deciduous forests. 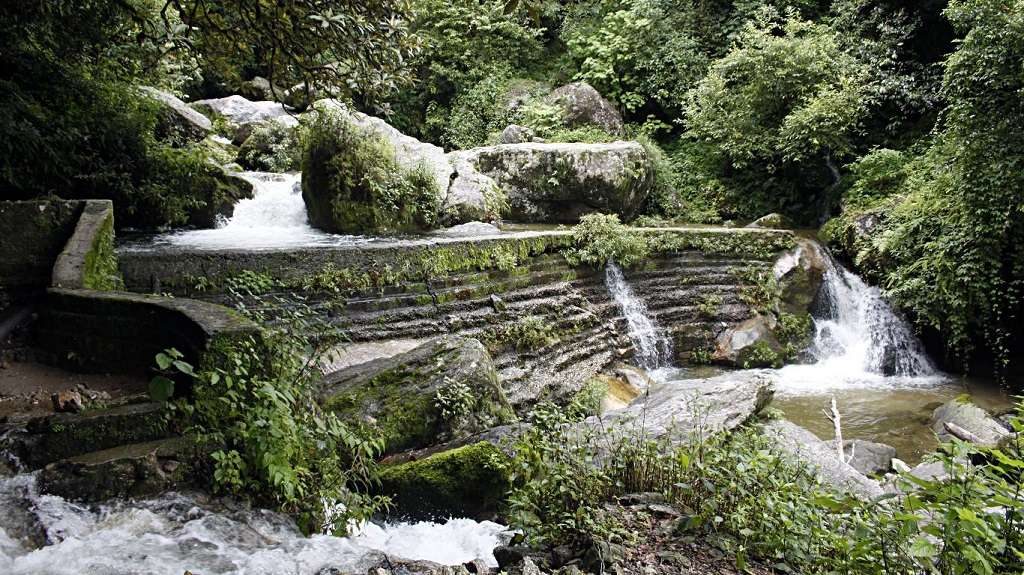 Shivapuri Nagarjun National Park is the ninth national park in Nepal and was established in 2002. It is located in the country’s mid-hills on the northern fringe of the Kathmandu Valley and named after Shivapuri Peak of 2,732 m altitude. It covers an area of 159 km² in the districts of Kathmandu, Nuwakot and Sindhupalchowk, adjoining 23 Village Development Committees. In the west, the protected area extends to the Dhading District. 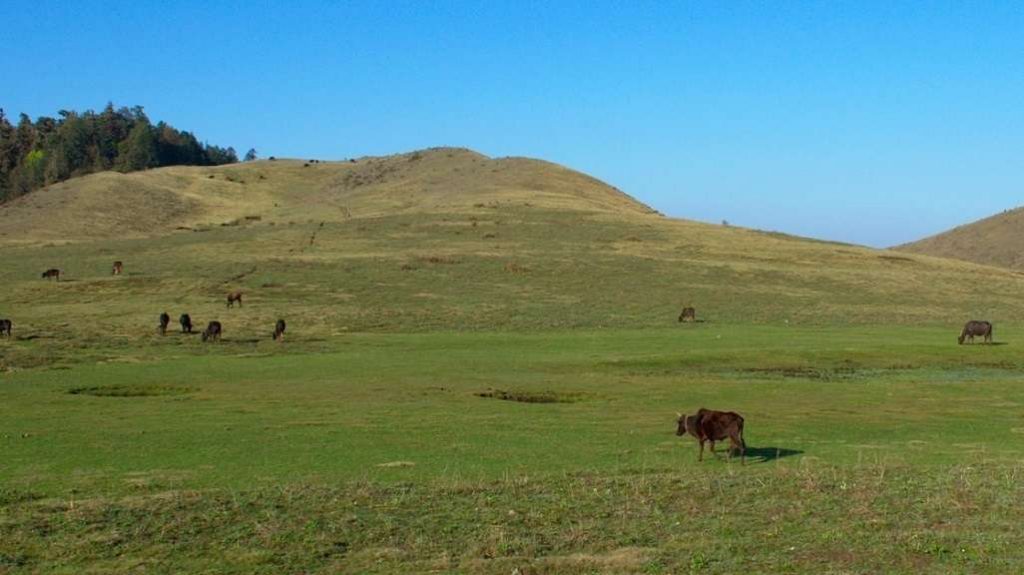 The Khaptad National Park is a protected area in the Far-Western Region, Nepal that was established in 1984. Stretching over the four districts of Bajhang, Bajura, Achham and Doti it covers an area of 225 km² and ranges in elevation from 1,400 m to 3,300 m. 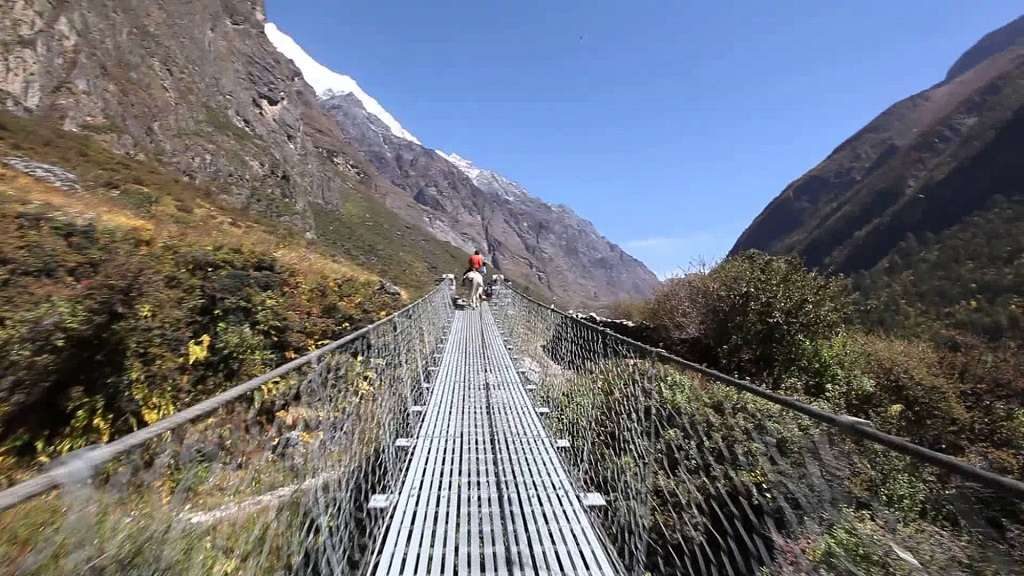 The Langtang National Park is the fourth national park in Nepal and was established in 1976 as the first Himalayan national park. The protected area exceeds an altitudinal range of 6,450 m and covers an area of 1,710 km² in the Nuwakot, Rasuwa and Sindhulpalchok districts of the central Himalayan region encompassing 26 Village Development Committees. It is linked with the Qomolangma National Nature Preserve in Tibet. The high altitude sacred lake of Gosainkunda falls within the park. The Gosainkunda Lake and the Dorje Lakpa range bisect the park from east–west to south–east. The summit of Langtang Lirung is the highest point in the park. The northern and eastern border of the national park coincide with the international border to Tibet. The western boundary follows the rivers Bhote Kosi and Trisuli. The southern border lies 32 km north of the Kathmandu Valley. This protected area represents both Indo-Malayan and Pale arctic ecozones. 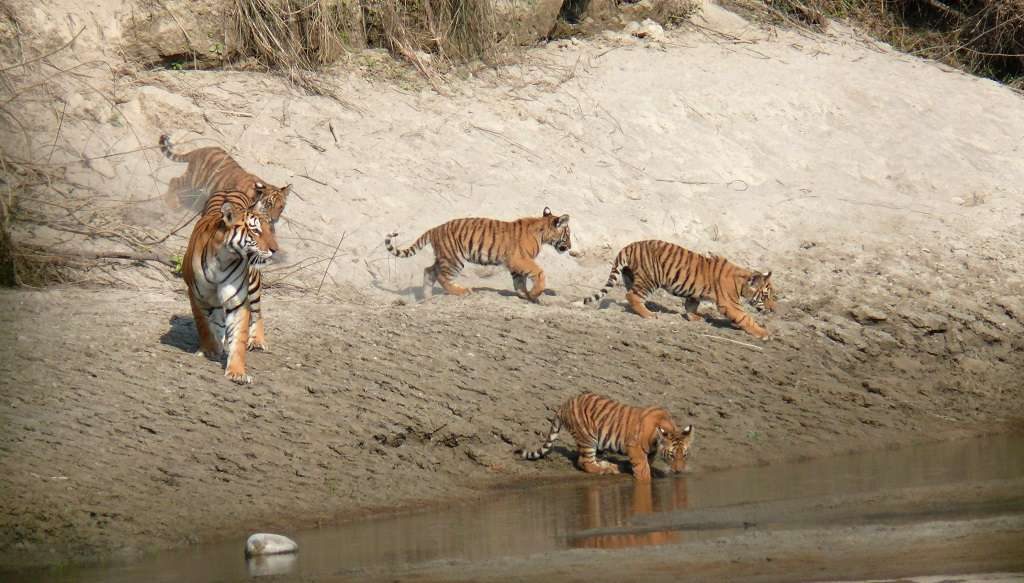 The Bardiya National Park, also spelled Bardia, is a protected area in Nepal that was established in 1988 as Royal Bardia National Park. Covering an area of 968 km² it is the largest and most undisturbed national park in Nepal’s Terai, adjoining the eastern bank of the Karnali River and bisected by the Babai River in the Bardiya District. Its northern limits are demarcated by the crest of the Siwalik Hills. The Nepalgunj-Surkhet highway partly forms the southern boundary, but seriously disrupts the protected area. Natural boundaries to human settlements are formed in the west by the Geruwa, a branch of the Karnali River, and in the southeast by the Babai River. Together with the neighboring Banke National Park, the coherent protected area of 1,437 km² represents the Tiger Conservation Unit Bardia-Banke that extends over 2,231 km² of alluvial grasslands and subtropical moist deciduous forests. 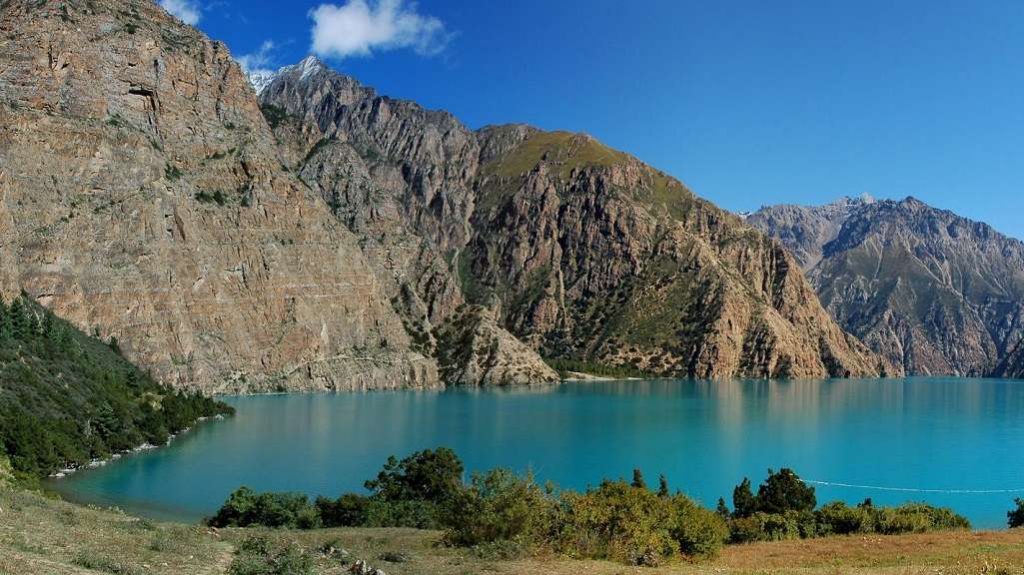 The Shey Phoksundo National Park is the largest and only trans-Himalayan national park in Nepal. It was established in 1984 and covers an area of 3,555 km² in the districts of Dolpa and Mugu in the Mid-Western Region, Nepal. The protected area ranges in elevation from 2,130 m to 6,885 m. Phoksundo Lake is the park’s prominent feature, located at an elevation of 3,612 m. The park’s headquarters are in Palam, Dolpa District.

Rara National Park is a protected area in the Himalayas of Nepal and was established in 1976. Covering an area of 106 km² in the Mugu and Jumla districts, it is the country’s smallest national park. Its main feature is Rara Lake at an altitude of 2,990 m. The park was established to protect the unique flora and fauna of the Humla–Jumla Region of Nepal. The park ranges in elevation from 2,800 m to 4,039 m at Chuchemara Peak on the southern side of Rara Lake. On the northern side, the peaks of Ruma Kand and Malika Kand frame the alpine freshwater lake, which is the largest lake in Nepal with a surface of 10.8 km² and a maximum depth of 167 m. It is oval-shaped with an east-west axis, a length of 5 kilometres and a width of 3 km draining into the Mugu-Karnali River via Nijar Khola. Rara National Park is managed by the Department of National Parks and Wildlife Conservation and protected with the assistance of the Nepal Army.

The Shuklaphanta Wildlife Reserve, now Shuklaphanta National Park, is a protected area in the Terai of the Far-Western Region, Nepal, covering 305 km² of open grassland, forests, riverbeds and tropical wetlands at an altitude of 174 to 1,386 m. It was gazetted in 1976 as Royal Shuklaphanta Wildlife Reserve. A small part of the reserve extends north of the East-West Highway to create a corridor for seasonal migration of wildlife into the Sivalik Hills. The Syali River forms the eastern boundary southward to the international border with India, which demarcates the reserve’s southern and western boundary. The Indian Tiger Reserve Kishanpur Wildlife Sanctuary is contiguous in the south; this coherent protected area of 439 km² represents the Tiger Conservation Unit Sukla Phanta-Kishanpur, which covers a 1.897 km² block of alluvial grasslands and subtropical moist deciduous forests. The protected area is part of the Terai-Duar savanna and grasslands ecoregion and is one of the best-conserved examples of floodplain grassland. It is included in the Terai Arc Landscape. 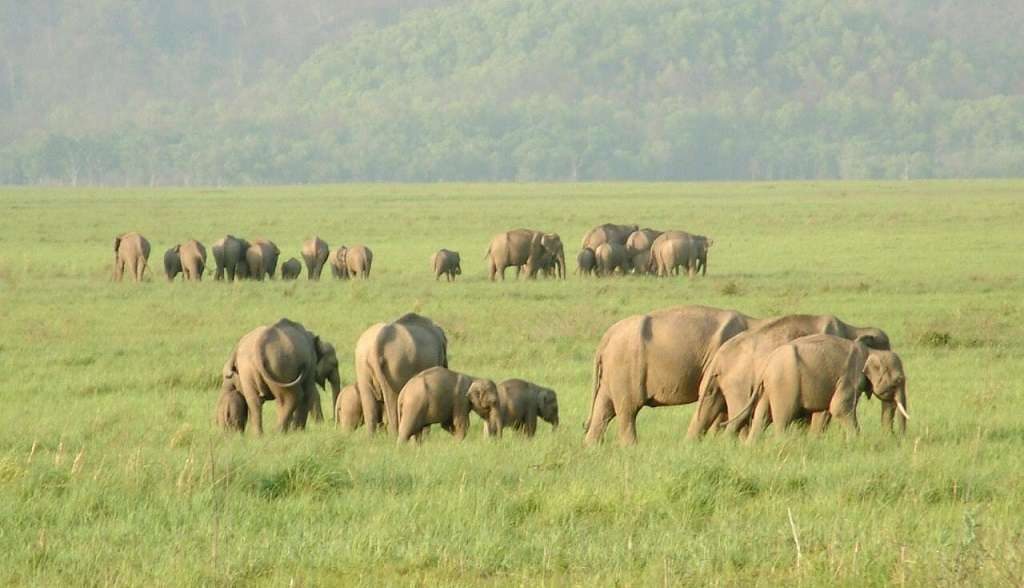 Banke National Park is located in the Mid-Western Region, Nepal and was established in 2010 as Nepal’s tenth national park after its recognition as a “Gift to the Earth”. The protected area covers an area of 550 km² with most parts falling on the Churia range. The park is surrounded by a buffer zone of 344 square kilometres in the districts of Banke, Salyan and Dang. Together with the neighboring Bardia National Park, the coherent protected area of 1,518 km² represents the Tiger Conservation Unit Bardia-Banke. 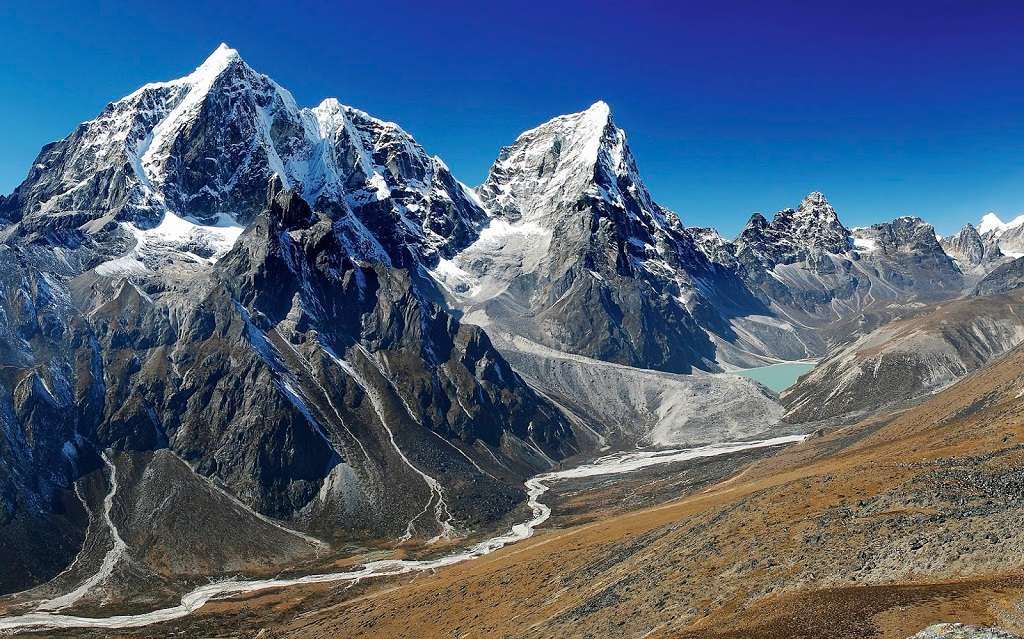 The Makalu Barun National Park is the eighth national park in the Himalayas of Nepal and was established in 1992 as eastern extension of the Sagarmatha National Park. Covering an area of 1,500 km2 (580 sq mi) in the districts of Solukhumbu and Sankhuwasabha it is the world’s only protected area with an elevation gain of more than 8,000 m (26,000 ft) enclosing tropical forest as well as snow-capped peaks. The bufferzone adjacent to the park’s southern and southeastern border covers an area of 830 km2 (320 sq m). 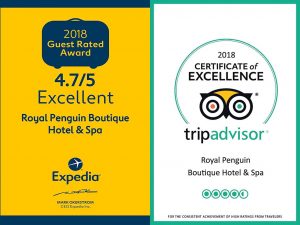 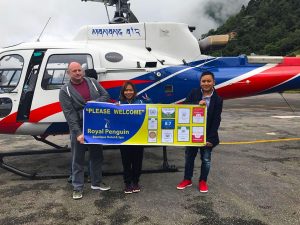